It actually didn’t start out as a project at all. It started with some new Apple products. In 2021, I replaced my iPhone (iPhone SE for old iPhone 6), MacBook Air, and iMac. It was a big hit, but all of them had lasted me 6-7 years. I was mostly very happy with the upgrades except for one thing: iTunes. Now renamed rather uselessly as Music, the software continued to annoy with its bloat, and its blatant efforts to force me to subscribe to the confusingly named Apple Music service. I have always preferred to own rather than rent my music, but Apple is making it increasingly difficult. The final straw came when, in its zeal to “organise” my music folder, it simply deleted hundreds of files. I had been looking for a new way to organise and play my music for years, but this made it urgent. 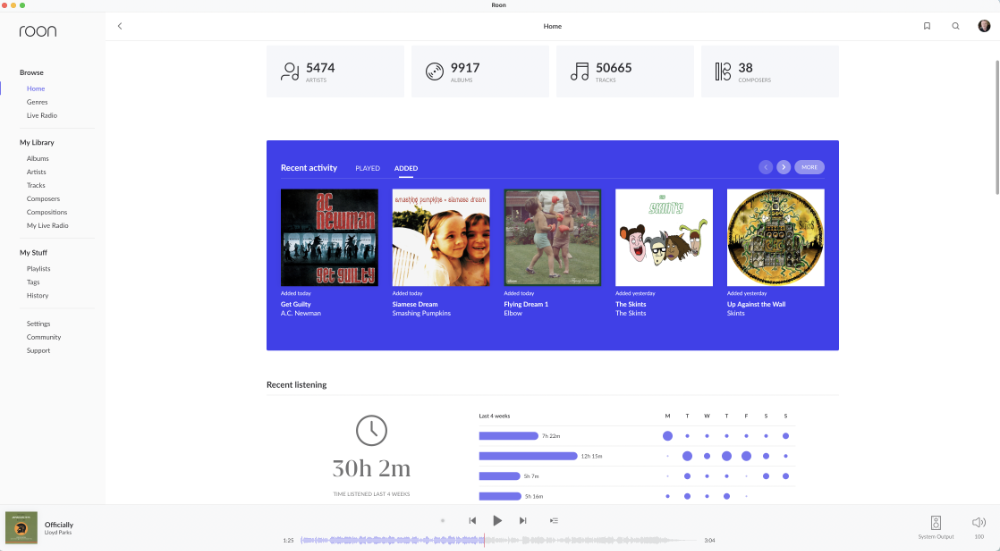 Luckily, it didn’t take me very long to find Roon. It’s a subscription based piece of software but it doesn’t mess with my files. It also has a very nice interface, plays high-quality formats like FLAC, and does some other under-the-hood things to make my music sound better. Now I simply point Roon at an external SSD drive (or drives, since I am adding more music all the time), and it finds it, displays the artwork and other information (using Allmusic.com, I think), and I’m good to go. Roon is currently US$13/month or US$10/month if billed annually. Use my referral link and get 30 days free! 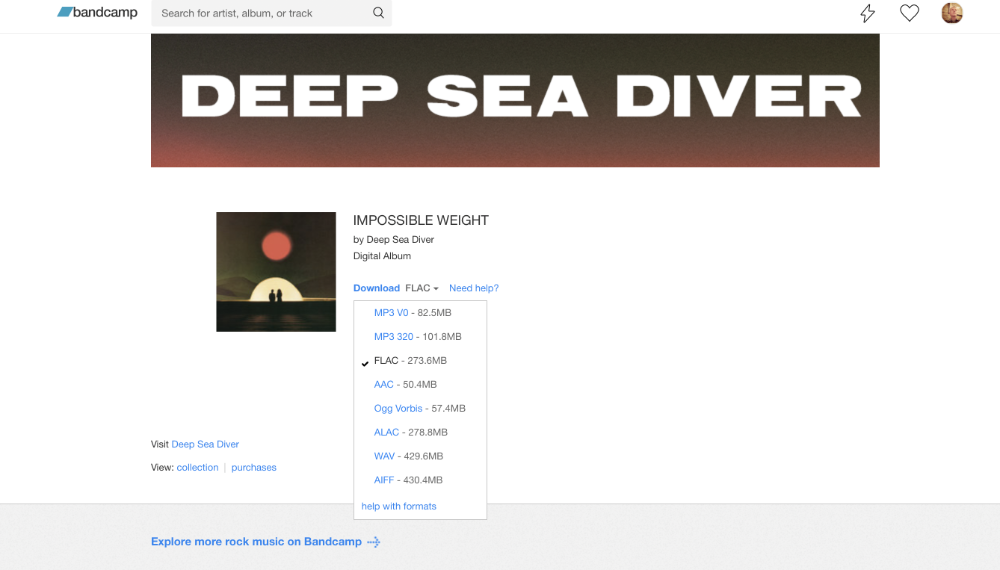 I’ve been a fan of Bandcamp for a while now, but it’s worth pointing out that it lets you download your purchases in a huge number of formats, including lossless ones like FLAC, WAV, and AIFF). Not to mention that Bandcamp also pays artists a much larger portion of the purchase price than the iTunes Store does. Don’t even get me started on what the streaming services pay artists. It’s like, nothing. If you have the storage space, I recommend downloading one of the lossless file formats, which will definitely sound better with the right equipment. 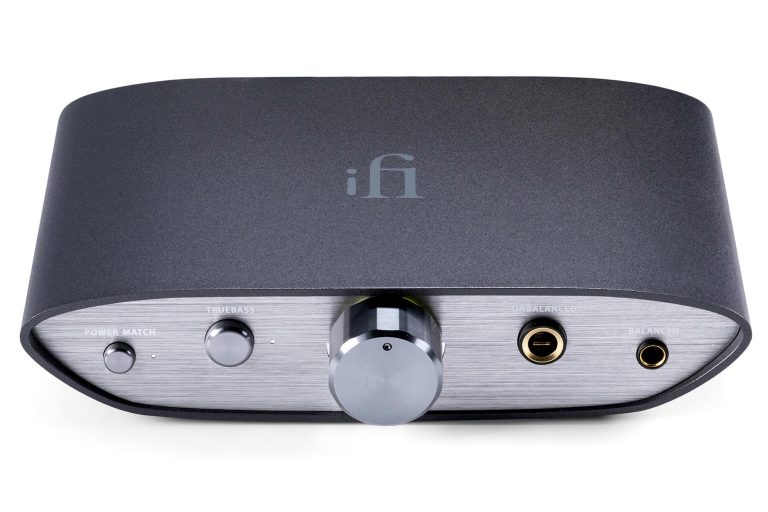 I’ve owned a pair of Grado SR60 headphones for about 10 years, and while they’re great, I began reading more and watching some YouTube channels (Darko Audio and Cheap Audio Man are great, for starters) that made me think I should invest in a headphone amp/DAC (digital analog converter) to give things more oomph. I read some reviews and decided on the ifi Zen DAC. This stylish little unit sits on my desk and adds a lot of depth as well as more power. It’s a very well-reviewed product and it’s built like a tank. I paid around $200 for mine. 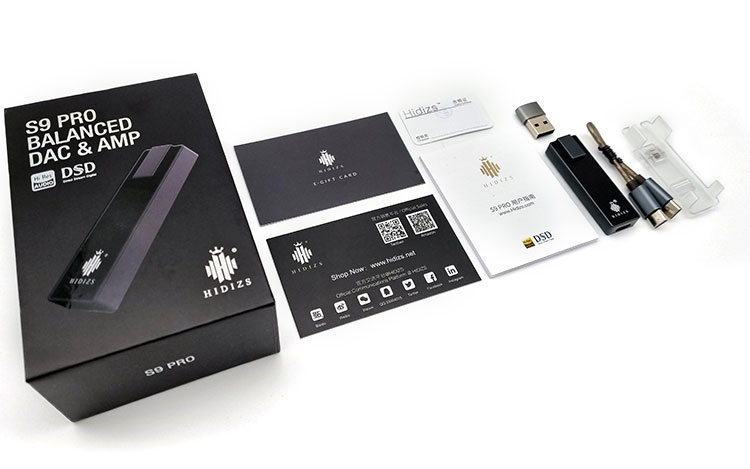 For music on the go, which in my case means either my iPhone SE or the Fiio M7 portable music player (which accepts Micro SD cards, so I can store ridiculous amounts of music on it, including lossless FLAC files), it also helps to have a headphone amp/DAC. There are a variety of “dongle DACs” that are available and some can be quite expensive. I did some research and decided on the Hidizs S9 Pro, which I picked up for US$125. It just arrived today, but so far is sounding great! 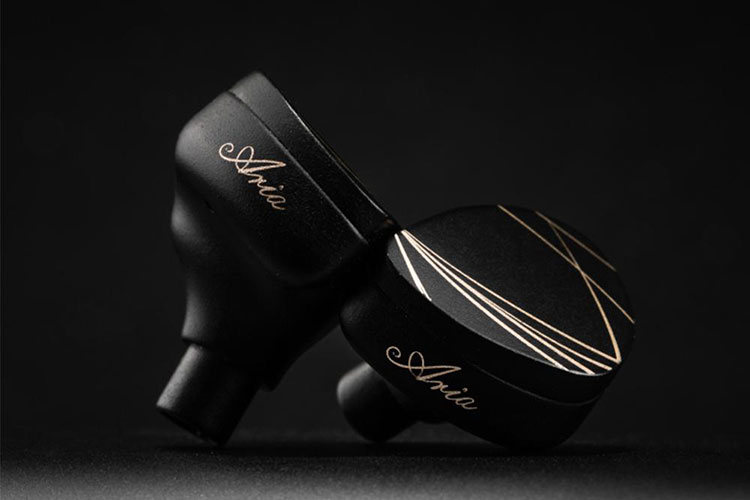 IEMs (in-ear monitors) seem to be a fancier version of wired earbuds, and I’ve been blown away by the sound from these Moondrop Arias, which are available for around US$80. Wired headphones and earbuds are almost always going to sound better than Bluetooth ones, at least for now, and these have been getting rave reviews. For the price, they are really outstanding. 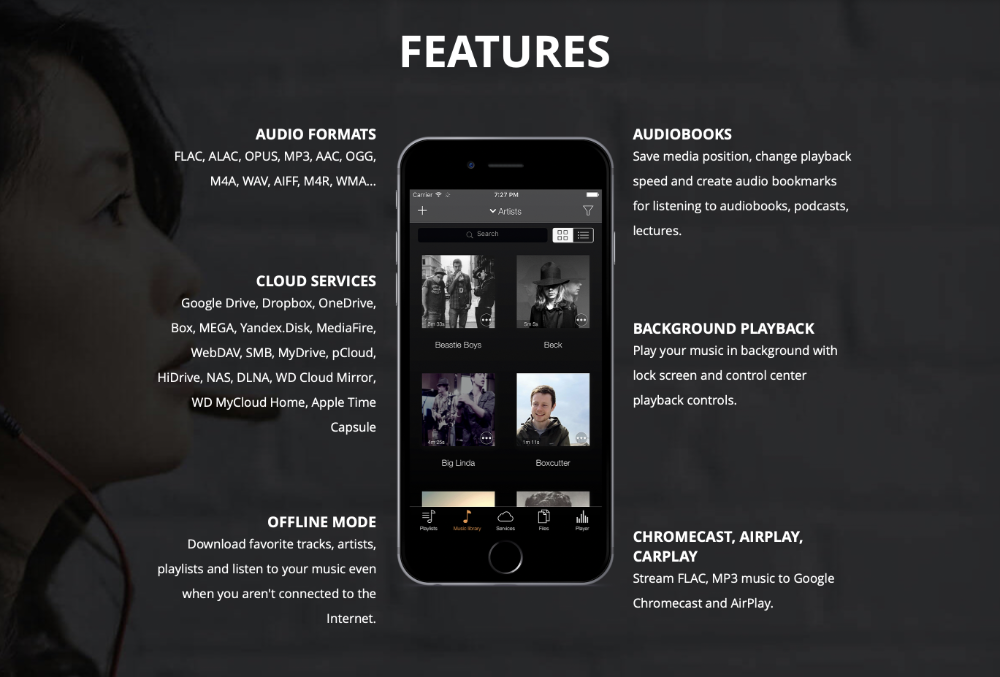 Since I’m trying to eliminate Apple’s music playing/syncing software from my life, I am so happy to have found Flacbox, an incredible iOS app that allows me to copy FLAC files (via wifi) to my phone and play them. It’s really well-designed and has a free ad-supported edition as well as a paid edition that’s around $10-15.

As you can see, I play all my music through headphones/earbuds for now. Next year, I’m hoping to find a suitable room in the house for music and will look into buying some decent speakers and maybe an amplifier. For now, though, these simple upgrades have made me so much happier with the music I’m listening to. The only other thing I can recommend for now is buying one or more external SSD drives (I like the Samsung T7) to store your music on. They can be moved around from laptop to desktop with ease and the data transfer speeds are impressive.