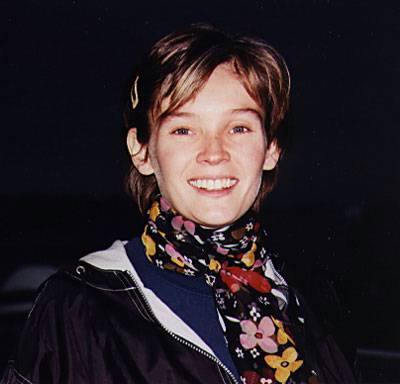 Nothing Gold Can Stay

Nature’s first green is gold,
Her hardest hue to hold.
Her early leaf’s a flower;
But only so an hour.
Then leaf subsides to leaf,
So Eden sank to grief,
So dawn goes down to day
Nothing gold can stay.

It was the first week of February, and I had been away for 9 days in France, at a short film festival. It hadn’t been a particularly good trip. I was socially awkward and intimidated by the French language and the very professional and cliquey nature of the crowd. I’d stayed too long and missed home. And so I came home, and something between Brooke and me was just slightly off. When you’ve known someone nearly 20 years, you know when things are slightly off.

Later that week we went out for dinner and it seemed like Brooke was trying to pick a fight with me over the continuing joke/disaster of my “career” (or more accurately, my lack thereof). I knew it was one of our issues, but it didn’t seem to be that big of an issue. When we got home, I pressed her to tell me what was really the matter. And then she collapsed into tears.

Through sobs, she told me that on the night I left for my trip, she’d gotten together with an old university friend for dinner. He was in town for a conference and they’d decided to catch up. She’d briefly told me about her plan on the day I left, which seemed odd because she mentioned it so offhandedly at the last possible minute. What I didn’t know at the time is that this friend was someone with whom she’d had a brief flirtation way back in 1992, but she’d been involved in a serious relationship and so they never pursued it. He found another girlfriend, studied law, got married, had four children and now had a very successful career as a Crown Attorney in a small town about five hours from Toronto. But he shared with Brooke that he was unhappy, and that he’d always “carried a torch” for her. And I guess this unleashed her own feelings of regret and “what if?” She confessed that they had spent the night together. Even worse, they were planning a long weekend together the next month which is why she was trying to fight with me. She admitted that she was hoping to manufacture a crisis so that she could say we “needed time apart” so she could be with him. I was completely blindsided.

But I wasn’t yet angry or even very fearful. I thought it wonderful that Brooke was getting flattered and told how desirable she was. She’s a very attractive woman and sometimes it’s good for your self-confidence to have someone (other than your spouse) tell you that. And over the years, I’d had my own silly flirtations and attractions and could understand that feeling of infatuation. But it quickly dawned on me that this was something much more serious. Although I decided to let things play out, thinking the infatuation wouldn’t last, I have to admit that letting her spend an entire long weekend at some hotel in our own city with some unknown guy did crush me. But surely she’d get this out of her system and see that what we have is worth keeping, right?

Except that that hasn’t happened yet. And I don’t think it’s going to happen. I hastily made plans to escape to Montreal for a few days in early April. When the time arrived, I was miserable and didn’t want to go to another city just to be alone. She informed me that he was going to take advantage of my absence to spend a few more days in Toronto with her. Another horrible few days for me. And when I got home, I didn’t know what to expect. I kept telling her she needed to decide, but have finally come to the conclusion that her actions have spoken louder than any words. She’d already decided. She’s chosen him over me.

And I’m devastated. Anyone who knows me well knows that I take my relationships more seriously than just about anything in this world. I certainly take them more seriously than my “career.” I’ve put every ounce of my strength over the past nearly 17 years into being the best boyfriend, and then the best husband, that I knew how to be. We didn’t have a perfect relationship. No one does. But we had a damned fine one, full of love and affection and great communication. I love Brooke and I loved being married to her, and so this is the hardest thing that I have ever had to face in my entire life.

Though we haven’t yet decided to divorce, Brooke will be moving to her own place on June 1st. Strangely, it’s just across the street from our current apartment. And I’ll stay here, at least for the summer, though the effective doubling of both of our rents is going to be harsh. Maybe I’ll turn our office back into a bedroom and try to get a roommate. Or maybe I’ll move to another part of the city, though I’ll need to share a place and I have no idea what that will be like. To top it off, I’m still woefully underemployed and will need to bring in a lot more money just to keep going. But really, that’s how it all started for me.

It was almost to the day 27 years ago that my mum died. I was 22, just finishing college and hoping to embark on my career. But life got in the way, you see. My dad’s support cheques stopped coming, and I ended up staying on at my summer job much longer than I wanted to. Then followed a period of taking in roommates, sometimes too many at a time, to make ends meet. I often feel that my career restlessness is somehow rooted in this “work for survival” period of my life. Hopefully it serves me well again now.

I’m familiar with grief. And with struggle. Hopefully I can find the strength and resources, within myself and with my friends, to come through this okay.

11 thoughts on “Nothing Gold Can Stay”