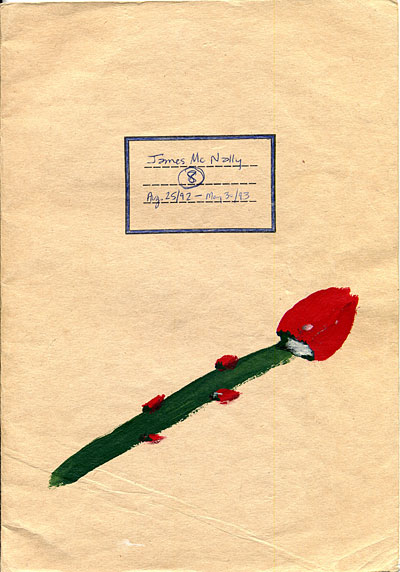 Recently, I’ve been thinking about the past. Actually, I’m always thinking about the past; I’m inherently nostalgic. But I was thinking specifically about 1992, since it’s 20 years ago this year that I graduated from York University. In those days, I kept a diary, and so I dug out the battered-looking notebook to see what I was going through at this time exactly 20 years ago. It wasn’t pretty. I’ll share more below, but as I began thinking of my life and trying to recognize any sort of pattern, I realized that most important things seemed to happen in years that ended in 2 or 7. Since I was born in 1965, that meant that my age always ended with one of those numbers too. Here’s just a small sample:

My parents bring two-year-old me to Canada in the spring of 1967. The Toronto Maple Leafs win the Stanley Cup, again! What does it mean that they haven’t won it since?

Seven-year-old me skips a grade at school. Canada beats the USSR in the Summit Series. Did I mention that I’m not even a hockey fan?

I’m 12. We spend three weeks in Bermuda for my dad’s job and then three weeks in Ireland and the UK, just as punk is breaking. It’s also the Queen’s Silver Jubilee.

Just before my 17th birthday, I’m “born again,” beginning a tumultuous and ultimately disillusioning two-decade association with evangelicalism. I also lose two grandparents and a great-grandmother, and my parents’ marriage dissolves.

I graduate from four years of “Bible College” without a clear career plan. A few weeks later, my mother, a lifelong smoker, dies from lung cancer at the age of 43. I’m suddenly living on my own without financial support (my Dad’s support payments unceremoniously stop coming). 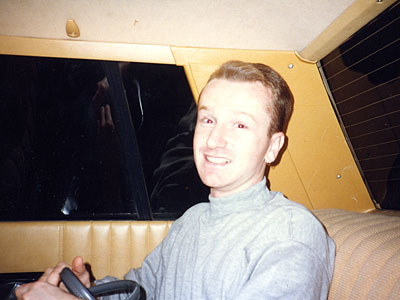 Early in the year, I’m financially destitute. Down to my last $30 and behind on my bills, I beg my father for help. He offers no money but says I can move in with him rent-free for a while. I sleep on a bed tucked behind his living-room couch. I finish my B.A. in English and History at York University, intending to go to either graduate school or Teachers’ College. I’m turned down everywhere except Calvin College in Grand Rapids, Michigan, which offers me financial aid to cover about half of the $12,000 fees. Needing an escape from my miserable living situation and a long-simmering unrequited love that’s threatening to devour me, I move to Michigan in September. Despite the fact that I incurred even more debt and never ended up teaching, this year away was extremely important.

After working for three years as a welfare caseworker (a job I landed after being on welfare myself for almost a year), I’m laid off. I take a course in “multimedia and web design” and decide to move to Waterloo to live with my best friend. Unfortunately, I’ve just ended an eight-month relationship with a woman who also lives in Waterloo. A lifelong pedestrian, my job search is limited by the lack of a car, and my presence drives my ex to angrily reclaim all her letters during a dramatic confrontation. A few days later, my old job recalls me, and I move back to Toronto. Waterloo sojourn = 19 days. That summer, I begin dating Brooke, who will later become my wife.

After five years together, Brooke and I marry in October.

Brooke’s dad passes away in the spring. After attending for the previous six years, I moderate my own panel at SXSW Interactive, on the subject of expressing spirituality and finding community online. I spin off my film writing to another blog, Toronto Screen Shots.

The year is still young, but so far, I’ve established a quarterly screening series for short films called Shorts That Are Not Pants. And I’m planning to finally shape my working life into a sustainable and satisfying career. Moves are afoot. Let’s hope 2012 is one of the good years!

2 thoughts on “The Rule of Twos and Sevens”