It’s almost impossible for me to make lists, and yet I compulsively am drawn to making them, or reading other people’s. This is especially true with film, where for me the pleasures of discovery outweigh any sense of satisfaction of “keeping up” with all the new releases. I might have seen about 50 films that were theatrically released this year, which is a tiny fraction of the total, so my list is far from bulletproof. I tend to see a lot of my films at festivals, too, which can skew the experience one way or the other. With all that as prologue, here are my top ten films of the year: 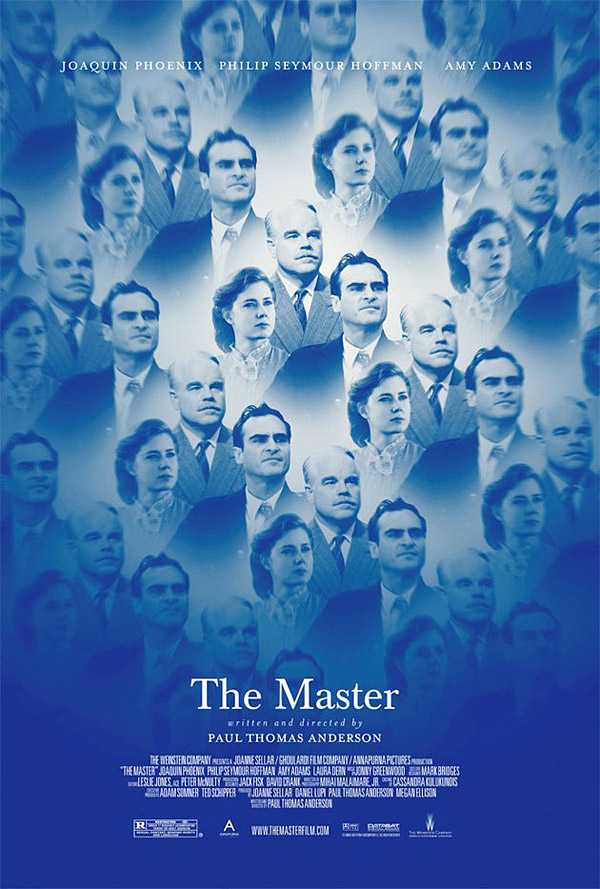 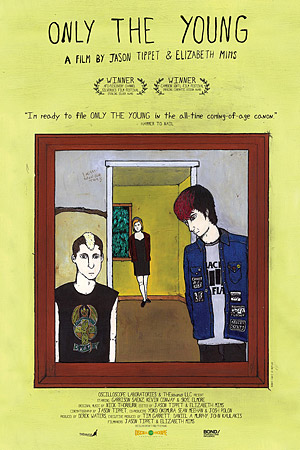 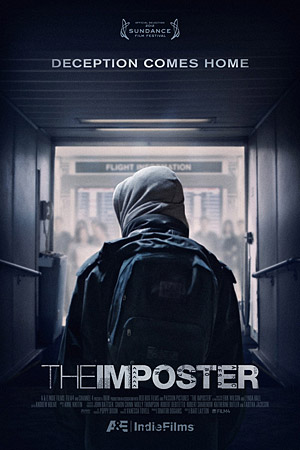 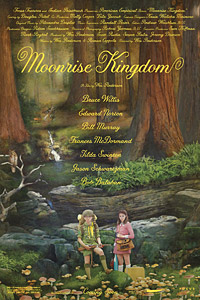 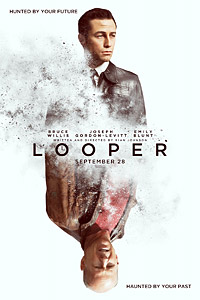 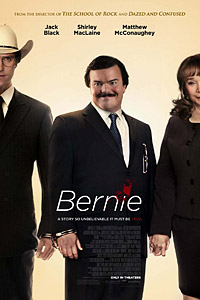 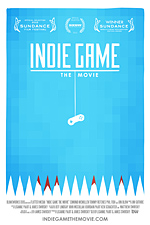 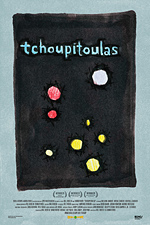 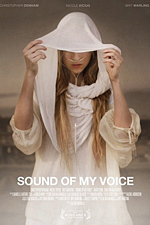 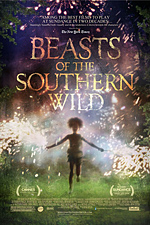 And because I’m such a huge fan of documentary film, here is the list of top ten docs:

After a few brief weeks of unemployment, I began working again at the beginning of October. It’s just a few days a week for now, but it’s likely to grow into a full-time position before long. I’m working for a small but mighty distributor called Kinosmith. I’d been aware of them for a while, but didn’t realize that the company was only founded in early 2007. Or that up until now, it’s been essentially a one-man operation. Robin Smith has worked in the Canadian film industry for more than 20 years, for companies such as Capri Releasing, Seville Pictures, Lions Gate, Alliance Atlantis, and the Toronto International Film Festival, and he seems to know everyone. But he made it clear upon meeting me this summer that he needed some help. Although my main areas of responsibility will eventually be the web site and social media initiatives, for the past few weeks, I’ve been doing a lot of administrative work. It’s been a great way to begin to understand the business, and I look forward to absorbing some of Robin’s expertise as we continue to work together. I consider myself extremely lucky to have been in the right place at the right time.

I had been emailing back and forth for the past few months with another industry veteran, Oliver Groom, proprietor of Project X Distribution, a specialized DVD label that puts out the work of British filmmaker Peter Watkins as well as a few others. We finally decided to meet in person for a drink and since Oliver and Robin had recently partnered up for their DVD releases, Robin came along too. All three of us got along well from that first meeting and after another get-together and a few emails, Robin asked me to come and help him out. He recently moved his home office to Oliver’s house and so even though I work for Robin, I see Oliver a lot as well.

If I haven’t been writing here as often as usual, it’s not because I’ve been watching fewer films. On the contrary, I’m also helping out by watching screeners submitted to Kinosmith as well as catching up on the films we’re releasing now. Robin has built up a very impressive catalogue of films in just over two years, and lots of filmmakers want to work with him, so things are very busy. It does bring up a bit of an ethical dilemma for me. I don’t intend to refrain from reviewing films that happen to be distributed by Kinosmith, but I want to be completely transparent about my relationship to the distributor. Do you think it will be enough to put a standard disclosure notice at the beginning of any blog entry that deals with a Kinosmith title? I promise not to give any film preferential treatment, but I don’t want to ignore them, either, especially if I’m ever somehow involved in the decision to acquire the film for Kinosmith.

In any case, I’m very excited to be indulging my passion for film and learning more about the business side of things. It’s a great opportunity and I’m very thankful to Robin and Oliver for taking me under their wing.

On Wednesday, my wife Brooke and I will be flying to Iceland for the fifth edition of the Reykjavik International Film Festival. We’re staying for the entire duration of the festival, which runs from September 25th through October 5th, and in addition to seeing films, we’ll be doing some sightseeing. We’ve rented a car for the entire time, and are hoping to see as much as we can, including the Golden Circle (the geyser at Geysir, the waterfall at Gullfoss and the site of the world’s oldest parliament at Þhingvellir National Park), the Blue Lagoon geothermal spa, and possibly an overnight stay on Vestmannaeyjar, the Westman Islands. Other planned activities include whale-watching and horseback riding, depending on the weather.

All that to say that I haven’t quite decided how I’m going to cover the film festival yet. Ideally, I’ll be able to blog as usual, posting reviews shortly after seeing the films, but because it’s a vacation, I might just be having too much fun to post right away.

Though the entire schedule hasn’t yet been posted, the main program (Open Seas) features the following 18 films:

Some of these played at TIFF this year and some others were released earlier, but I haven’t seen any of them. So far, I’m planning on seeing the ones marked with asterisks based on either recommendations from friends or just my own interest. If you have any recommendations I haven’t marked, please comment and let me know why I should see them.

Brooke and I got home last night from four days in New York City. While Brooke attended the Origami USA annual convention, I was free to wander the city and get into mischief. The weather was incredibly hot and humid and there were unpredictable and wild storms on both Saturday and Sunday. Since I had my Edirol R-09 digital recorder with me, I decided to record my thoughts instead of trying to keep a written blog. Forgive the rambling nature of these, but I thought it might be an interesting way to document my time there.

Episode 2: McCarren Park, Brooklyn (after my tour of the Brooklyn Brewery)

I meant to record a few more episodes, especially since my experience on Sunday was so crazy. I walked out to Fifth Avenue to catch the Pride Parade and ended up following it all the way down to Christopher Street, about 40 blocks. Just as I got there, the heavens opened and without an umbrella, I was drenched. The rain didn’t let up for more than an hour so it kind of put a damper on some of the specators, though to their credit, the parade marchers kept up appearances. Well, except when the storm first broke and the parade stopped. I’ll never forget the sight of four drag queens huddled under a tiny umbrella trying to keep their wigs dry. Later, as I made my way back uptown, I tried to huddle under various awnings with hundreds of others. It was interesting sharing a bit of shelter with a group of soggy drag queens! By the time I got back to my hotel, my shoes, pants and shirt were waterlogged and I even had to spread all my paper money out to dry. Luckily the Euro 2008 final between Germany and Spain was on TV so I wrapped myself up in a robe and watched that.

Later, instead of going out to see a comedian (Eddie Izzard’s show was sold out, and Brooke doesn’t know Patton Oswalt at all), we just decided to see Pixar’s new film, Wall-E. First we ate at Empanada Mama, somewhere we discovered on our last visit in January. Delicious, reasonable and a short walk from the cinema which was on 42nd St.

On Monday, I met up with filmmaker Aaron Katz for breakfast (I’d met him the previous weekend in Toronto when he was here for Generation DIY) at Junior’s in Brooklyn and then went to the IFC Center to see Daisuke Tengan’s film The Most Beautiful Night in the World, screening as part of the New York Asian Film Festival. After that, a quick stop at Italian Wine Merchants to pick up few bottles from my favourite Slovenian wine producer (Movia) and then back to the hotel to meet Brooke and catch our shuttle bus to the airport.

Another great trip, and I’m still only just discovering what this amazing city has to offer.

Oh yeah, pictures are up on Flickr. Fair warning: lots of origami models.

It figures that I received a package from Amazon UK today with a whole bunch of Region 2 DVDs that I bought on sale. You see, I’m in the thick of HotDocs, reviewing a bunch of films over at my film blog Toronto Screen Shots. Nevertheless, I can’t wait to check these out over the next few weeks:

If that weren’t enough, a screener for Julian Schnabel’s The Diving Bell and the Butterfly arrived this week, too, which I’ve been eager to see. Brooke is reading the book right now and raving about it.

I think the sale might be on for a while yet, especially on the Artificial Eye releases. If you have a region-free DVD player, these are some great deals.