I did it again. With about a month to go in the year, I went on a mad quest to find the best music of 2019. Here it is with January already half over and I’m only posting now. Long story short: music is still awesome. Many artists are still pushing boundaries and making fantastic sounds. I hope that I might point you in some new directions with this post.

The year wasn’t even half over when I first heard Cate Le Bon‘s Reward, but I knew it would be hard to top, and it did indeed prove impossible. The Welsh singer had been living in Los Angeles, but for this record she wrote the songs while living alone in England’s Lake District, and it shows. At times on previous records, her eccentricity seemed to overwhelm, but on Reward, it’s more, uh, rewarding. Especially great is the video for “Home to You,” which was filmed among the Roma community in Slovakia. Her angular riffs don’t seem accessible at first, and then, weeks later, they’ve become earworms. Delightfully odd earworms. There’s also a real warmth here that makes these songs comforting.

Sharon Van Etten has had a busy few years. She began acting (in the sadly-departed Brit Marling series The OA), finished a degree in psychology, got married and had a baby, and moved from New York to Los Angeles. She also completely reworked her sound for Remind Me Tomorrow, adding layers of synths in place of the acoustic guitar she’s been known for. And it totally works, bringing an eeriness to songs like “Jupiter 4” (named for the actual keyboard that appears in the song) and “Comeback Kid.” Seeing her play these songs live also really made this record a favourite of mine this year.

New Orleans duo Generationals are incredibly prolific, putting out a regular stream of singles during 2017 and 2018, but Reader as Detective came along in 2019 and lodged itself in my earbuds with a whole batch of catchy tunes. It’s not necessarily deep or original stuff, but it’s upbeat and always lifts my mood.

FKA twigs was an artist I’d mostly just heard about and never heard. Magdalene is only her second “album” (and first since 2014) but she has a fully developed and original sound that is somewhere between Kate Bush and The xx. It’s pretty raw emotionally even as the music itself is really polished and beautiful. Perfect for listening on headphones while walking in the rain.

I’d never really paid any attention to Alabama Shakes, the band Brittany Howard fronted earlier in the decade. But I began seeing her solo debut mentioned in a few year-end best-of lists and then I found some live performances online. Jaime covers a wide range of styles and moods, but is never less than compelling. And “He Loves Me” (where she sings hopefully that God loves her even “when I’m smoking blunts, when I’m drinking too much”) resonated with this lapsed/ex/quasi believer. She sings about race and sexuality from a place of honesty (she’s queer and bi-racial) and inclusion, and radiates vulnerability and power all at once.

The Murder Capital are a young Dublin post-punk band, who have emerged somewhat in the shadow of the more well-known Fontaines DC. When I Have Fears was written around the suicide of a friend, and the emotional honesty is bracing, as is the music, which has a little bit in common with English band Idles. The lyrics are literate (“Where the answer lies it emits the waves, so erupts the tide upon which you sail, oh, my dearest friend, how it came to this”) and the album artwork reminds me of the haunting work of artist George Tooker. A very promising debut.

Reignwolf is mostly Saskatoon’s singer-guitarist Jordan Cook. He relocated to the Pacific Northwest in 2012 and began playing an energetic blues-rock style that reminds me very much of Jimi Hendrix. That it took him until 2019 to finally release a full-length album is inexplicable, but Hear Me Out was worth the wait. Now if I can only see him live, I’ll be a happy man. For reference, check out this rain-soaked and death-defying performance from 2013.

Zig Zags have the distinction of being the only band I’ve seen twice but never in my own town. I discovered these LA punks while living in Dublin in 2017 and got to see them again last February in Los Angeles. Weirdly, the video I took at both shows is of the same song, also the name of their new record, They’ll Never Take Us Alive. Their music is self-described “punk fucking metal” and I enjoy it quite a lot. Video from Dublin (2017) and Los Angeles (2019).

I’ve been tracking Chicago’s Immortal Bird for a few years now. Two very strong releases came out in 2013 and 2015, and this year they released their second full-length, Thrive on Neglect. Metal has an almost laughable number of “sub-genres” that don’t mean much to me, and the band describes their own music (surely, tongue firmly in cheek) as “crusty blackened proggy deathgrind,” which may not help. In any case, it’s virtuosic, punishing, and cathartic. Frontwoman Rae Amitay manages to channel rage while still showing vulnerability, and seeing them live recently was absolutely jaw-dropping. Their album artwork is always gorgeous, too.

Each year I find one new artist that’s an absolute happy surprise. Enter Sturgill Simpson. This “country” veteran (he’s 41 and just released his fourth album) has always thrown curve balls, and it’s great to see what some see as the most hidebound of musical genres finally opening up to other influences (Lil Nas X and Yola are also worth your time). Simpson’s record Sound and Fury is like a country “Ziggy Stardust” or at least it has enough glam attitude and sound to draw comparisons. He also released a 41-minute anime film on Netflix that functions as a series of videos for each of the songs. I’m happy to discover a real country music outlaw, doing whatever he wants with his talent. 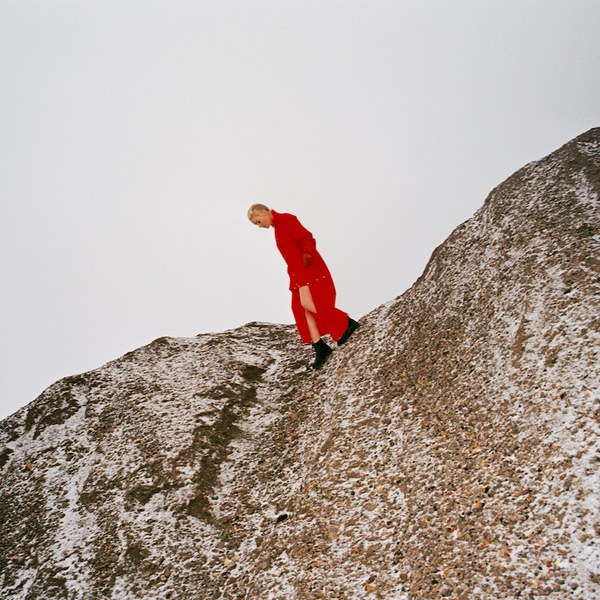 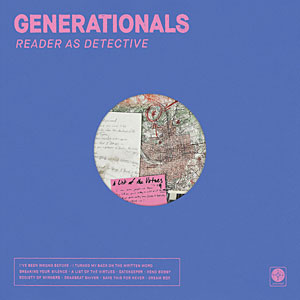 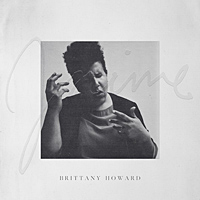 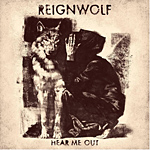 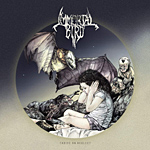 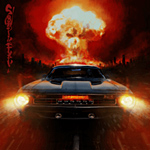