UPDATE: I’ve posted TWO DJ sets where I played 81 songs from my best of 2021, some of which are not mentioned in the post below. Check them out!

2021 was quite a year for music, and in general. The sun came out a bit with COVID vaccines but here we are again on the brink of another lockdown. The conditions were perhaps perfect for an outburst of creativity and I found it very hard to rank stuff this year. So my Top Ten is here again, but with a longer list of (loosely) ranked releases and some that I haven’t had enough time to sit with to rank but which are definitely worthy.

Big love to Feel It Records, out of Richmond, Virginia, which put out last year’s top record (Sweeping Promises – Hunger For A Way Out), and which did the same this year, as well as adding a bunch of new bands to my list for very reasonable prices on Bandcamp.

I hope my post will point you in some new directions, and bring you some of the joy that music brings to me. Hopefully next year we can return (again!) to seeing music in a live setting. Here’s a YouTube playlist with a whole bunch of songs from this year’s batch.

I found my top three picks switching places a lot, and as usual, some late entries tried (and in some cases, succeeded) to crash the top ten. Here we go…

Smirk – LP & EP – Smirk is the project of Nick Vicario, who has been in a million punk bands, including The Diskords, Autistic Youth and Public Eye. Smirk released an LP (called LP) and an EP (called EP) in 2021 totalling 19 songs and 45 minutes of music. I’m giving them top spot based on both records, in which every single song does something amazing. It’s post-punk and not completely original, but there is definitely something hooky and quirky and fun about this music. The sense of humour is what sets it apart from a lot of retro-sounding bands these days. Perhaps it’s not “serious” enough for some, but this year, I found myself returning to songs like “Staring at Screens” and “So Original” again and again. Devo is definitely an influence. Check out this live performance video:

Pigeon – Deny All Knowledge of Complicity – Pigeon is a band from Berlin that shares some members with Liiek, another recent favourite. This is definitely a bit more serious than Smirk, with righteous anger to spare. Great riffs anchor songs like “Bad Visions” and the vocals are suitably intense. With song titles like “Relentless,” “Narrow-Mindedness,” and “Refuse to Obey,” it’s clear how the members of Pigeon are feeling these days. I should mention that Liiek also put out a new record in December, and first listens are promising, but it’s just too soon to know if it will surpass the gut punch of Pigeon. (Vocalist Denes Bieberich is particularly prolific, also releasing music in 2021 under the names Dee Bee Rich and Bredouille).

Dummy – Mandatory Enjoyment – For some reason I thought Dummy was a straight up punk band, so I guess I’m the dummy here. When I found out they were more like the children of Broadcast, I became a lot more excited. It’s also clear that Dummy have spent a lot of time with 70s Krautrock, an emerging trend among modern bands that pleases me. This is spacey, timeless music with lots of layers, but it also bounces along like good pop music. I’m pretty surprised this is a debut album, to be honest.

Quivers – Golden Doubt – A pretty late entry, since I only discovered this band and record in December, but from the first notes, I found this settling nicely into my favourites. Quivers were formed in Hobart, Tasmania, and are now based in Melbourne. Last year, they released a full album cover of R.E.M.‘s Out of Time, and their jangly influences also include bands like The Go-Betweens. It’s a rare album that I can put on and not be tempted to skip any tracks. Clever lyrics and sing-a-long choruses add to its charm.

*The Weather Station – Ignorance – I bought this in November, listened to it once, and then on a whim, bought tickets to see this hometown (Toronto) band, led by Tamara Lindeman, at the Danforth Music Hall near where I live. Seeing the songs performed live really blew this open for me. Lindeman’s voice is pure but not always warm or sweet. She reminds me of Laurie Anderson crossed with Joni Mitchell. In any case, it was a fantastic show, the first I’d been to in nearly two years, and it really made this album special for me.

Leon Bridges – Gold-Diggers Sound – I’ve enjoyed following Leon Bridges‘ career path, from a very convincing retro-R&B singer to something more original. In particular, the song “Why Don’t You Touch Me?” reduces me to tears nearly every time I hear it. There’s something so vulnerable about a man singing about his partner’s loss of desire for him. Bridges has a honey-soaked voice, but he’s also exploring interesting lyrical territory. His songs are about seduction and falling in love, but also about the aftermath. I’ve also always enjoyed the videos he’s created for his songs. Check out the two(!) videos for “Why Don’t You Touch Me?” as well as the one for “Motorbike.” They’re excellent.

*Mustafa – When Smoke Rises – Born and raised in Toronto, Mustafa Ahmed began his performing career as a poet, and even went by the name “Mustafa the Poet” for a while. He was affiliated with the hiphop collective Halal Gang, and wrote a song for The Weeknd, too. But his debut recording as himself is a grief soaked lament for lost friends, including his childhood friend Smoke Dawg, who was shot and killed in 2018. Unlike his friends in Halal Gang, Mustafa’s influences are more folky, and his voice is unique and hushed. The whole record is filled with love songs for his friends, which is an unusual and beautiful thing.

Beige Banquet – Beta & S/T – Another LP/EP combo entry. Beige Banquet is the brainchild of London guitarist/vocalist Tom Brierley, and it shares the quirky humour of Smirk and a few other bands I enjoyed this year. It can be a bit samey after a while, but I do like the robotic percussion a lot.

The Reds, Pinks, and Purples – Uncommon Weather – San Francisco’s Glenn Donaldson is a veteran of many bands, but beginning with 2019’s release Anxiety Art, his latest project as The Reds, Pinks and Purples has struck gold with its vaguely Anglophilic songs filled with jangly guitars. He’s seemingly hit a rich vein, too, with numerous single releases in 2020 and 2021, and another album on the way early in 2022.

*Ducks Ltd. – Modern Fiction – Another band that’s mining the jangle sound is Toronto’s own Ducks Ltd., a duo made up of Tom McGreevy and Australian ex-pat Evan Lewis. This is unfussy guitar-based music that sounds effortless, but which has lots of small touches that make the songs so memorable. These guys have me excited that I’ll (hopefully very soon!) have another local favourite that I can see live more than once every few years. 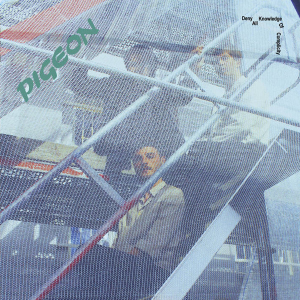 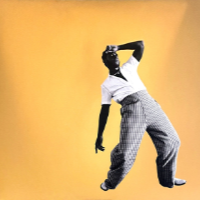 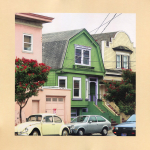 I really went hard trying to listen to a lot of new music in 2021, though of course nobody can listen to it all. Here are the rest of my ranked picks, although the rankings are very loose. I’ve also listed a couple of unranked releases, which I just haven’t had the time to listen to enough to form a strong opinion yet. They are ALL worthy of your attention. As in the Top Ten above, Canadian bands get an asterisk.

Even more than usual, music helped me through this year’s highs and lows, reinforcing my belief that music is as essential to my life as food, oxygen, and love.